The source of struggle, the part of you who fears death and desires immortality. He also looks down on those “simple people” who don’t pursue great things like him.

When you think about death, what are some of the thoughts that come up? This can be for yourself or others. Perhaps one of the thoughts in there goes something like this: “It isn’t fair, it’s not fair that I should die, that anything should end. I’ll find a way to avoid that kind of finality…”

The force inside you that those thoughts come from responds to death and loss with the desire to become immortal. It wants to become “somebody”, to make its mark on history, or to simply live on through the memories of others. I can come up with all sorts of ways to do this, too. For instance, say you have a hobby you like, such as Badminton. Maybe this part of you thinks about training to be an Olympic level Badminton player, and to win fame and fortune through that. THEN it will be remembered, THEN it will have surpassed death.

Or, perhaps you believe in immortality – that there’s life after death, or reincarnation, or that there must be something. There might be, but it’s also pretty clear that the physical body will at least be lost. And we lose those around us too. Beliefs in immortality can be a convenient way to avoid thinking about mortality, whether or not they’re true. And if you’re driven to not think about mortality, something has to be driving you to do that.

And while you might not have incredibly lofty goals, maybe it’s just that little thought that “if you do [insert stressful tasks here], you’ll be great, you’ll be somebody, instead of an average person who fades out of memory, who is lost to time once they die”. But it’s still that same energy, the same driving momentum towards something great enough to surpass the bounds and limits of life, perhaps then, it thinks, it can escape death.

And it’s not only fame that this part of yourself promises you. As described in my post on “Tension and the Promise of Glory”, it can also promise to give you what you’ve lost in life. It can tell you that the answer to loss is to get the most out of life. After all, when it thinks about the loss of its own life, it wants to become immortal. Why shouldn’t everyone who feels loss follow him, to see what they could gain, if only they drove themselves harder?

But there may come a time that, with all the stress of chasing after goals, of following its commands to do this or that to really become “somebody” or to surpass death, you break down. You get fed up with the stress and the worry that you might fail in your quest, the anxiety over the feelings of despair that will come if you do fail. You get worn down from always pursuing goals despite your feelings that maybe that’s not the best thing. You don’t want to “power through” anymore, you don’t want to “be a man” and suck it up. And that’s when it’s time to challenge that voice.

Once you do, you’ll find out that behind the inspiring speeches of pursuing a life of glory and to become someone who’s remembered, behind the promises that this is best for you, and the “who are you to question greatness?!”, behind all that, this part of you, this desire for immortality, is simply afraid of death. It’s afraid! And because of its fear, it lashes out at the part of you who does its bidding AND bares the brunt of the anxiety, panic attacks, and tension. It’s using its fear as an excuse to enslave you.

In order to handle this guy, one needs to challenge his every move, until the truth comes out. He can be questioned. He’s not a glorious king – he abuses his subjects by pushing them to extremes! To achieve his goals, he doesn’t need to fight his own supporters – they support him and respect him, so it makes sense to respect them back.

Once you get past all the layers of pretension, and defeat the lie that he’s untouchable, you’ll see that he’s essentially afraid.

When I did this, as I got to the central issue, there was a discussion about death between this side of me and the part of me fighting him (The Free Spirit as I call him now). The first guy said his answer to death was to become immortal and to be remembered, while the second guy said that his answer was to “live as he wanted to!” This garnered some respect from my Desire for Immortality guy, but not enough to get him to back down.

Finally, it got to the point where he began to argue like so: “I don’t care what you have to say, or what anyone says, or about love! I just want to do what I want! Graawwrrrrg!” This was when I realized all I had to do was wrestle him down. It’s like putting this side of yourself in a straight jacket. It tries to lash out, to argue with you, to hurt and control you, but because it’s restricted, it eventually calms down again.

When something inside of you is afraid, when it wants to lash out at others because of fear, all you need to do is take away its ability to harm you and eventually it will calm down. Don’t fight it at that point. Just understand that this side of you is afraid, and be patient with it. Give it time to adjust to the reality it’s afraid to live with. Then it won’t harm you. Then it won’t get out of control and try to run your life. In its fear, with its sense of having been done wrong by the world, it will find no problem in abusing and disrespecting you, causing panic attacks without any sign of affection or remorse. So get to the root of the panic and struggle, see the fear that tries to lead you, and wrestle it down. Just because its fear is real, doesn’t mean it has to lead you. Your calmness, confidence, and caring don’t need to be enslaved. Fight back, or at the very least, see if my words are true. You might find life, and death, a whole lot easier to handle.

I decided to make this new section in posts about particular characters. My inner theorist keeps track of probable similarities from fiction and mythology, so here’s a list of them to help with ideas for addressing this particular dynamic within. 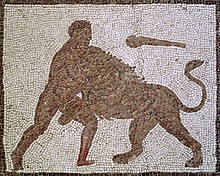 Don Krieg (German for “war”), from One Piece by Eiichiro Oda

Support The World Within on Patreon!

4 thoughts on “Calming the Desire for Immortality”